Start a Wiki
Q*bert is a television show based on the game of the same name. The show ran from October 1, 1983 to 1984. The show had one season and only 19 episodes. 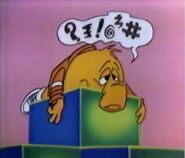 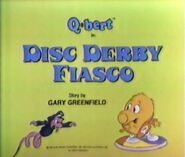 Disc Derby Fiasco
Add a photo to this gallery

Retrieved from "https://qbert.fandom.com/wiki/Saturday_Supercade?oldid=4681"
Community content is available under CC-BY-SA unless otherwise noted.